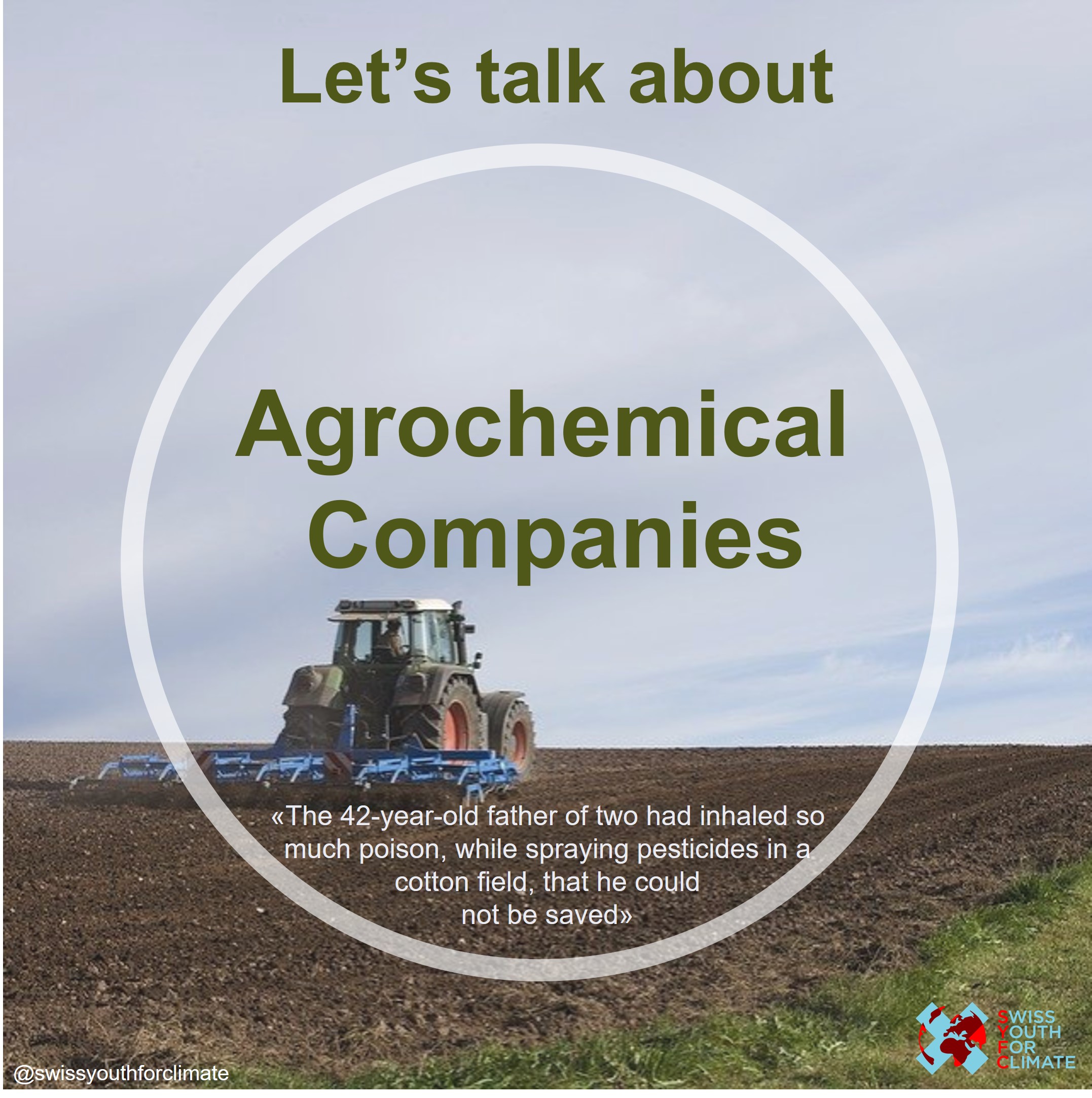 Polo? Paraquat? Dichloropropene? Have you ever heard about these pesticides? Probably not, since they are banned in Europe.

So, why are we still talking about them?

Agrochemical corporations based in Switzerland and Europe are selling toxic pesticides in regions such as Asia, Africa, and South America… Pesticides that are actually banned in European countries because of the risks of health and environmental damages. Indeed these substances can have dramatic consequences for humans: death from inhalation, birth defects, reproductive or hormonal disorders, or cancer. In addition, they are a source of pollution for drinking water and ecosystems. Ironically, Europe is one of the biggest importers of food grown with these outlaw agrochemicals.

Just to mention one example among many others: around a hundred of cotton farmers died in 2017 in Yavatmal, India. A Public Eye’s inquiry revealed that the insecticide “Polo” sold by a big agrochemical company based in Switzerland played an important role in poisoning the farmers. Despite the numerous official documents and investigations related to this case, the agrochemical company “has repeatedly talked down or even fully denied its share of responsibility in the cases of poisoning.”

Which are the main arguments pointed out by agrochemical industries?

According to Public Eye, companies state for example that “they respect the laws of the countries in which they operate” and that “each country has the sovereign right to decide which pesticides best meet the needs of its farmers”.

Why does the situation not change?

Besides the fact that most of the farmers in the developing countries are not even aware about the risks related to the pesticides, the agrochemical industry creates a dependency which forces the farmers to continuously buy their products.

How can we change this situation?

This past summer, several UN human right experts published a joint statement in which they ask Europe to stop exporting banned pesticides. Switzerland now has the possibility to take its responsibilities and to play a leading role in this issue: the Popular Initiative «For responsible businesses – protecting human rights and the environment».