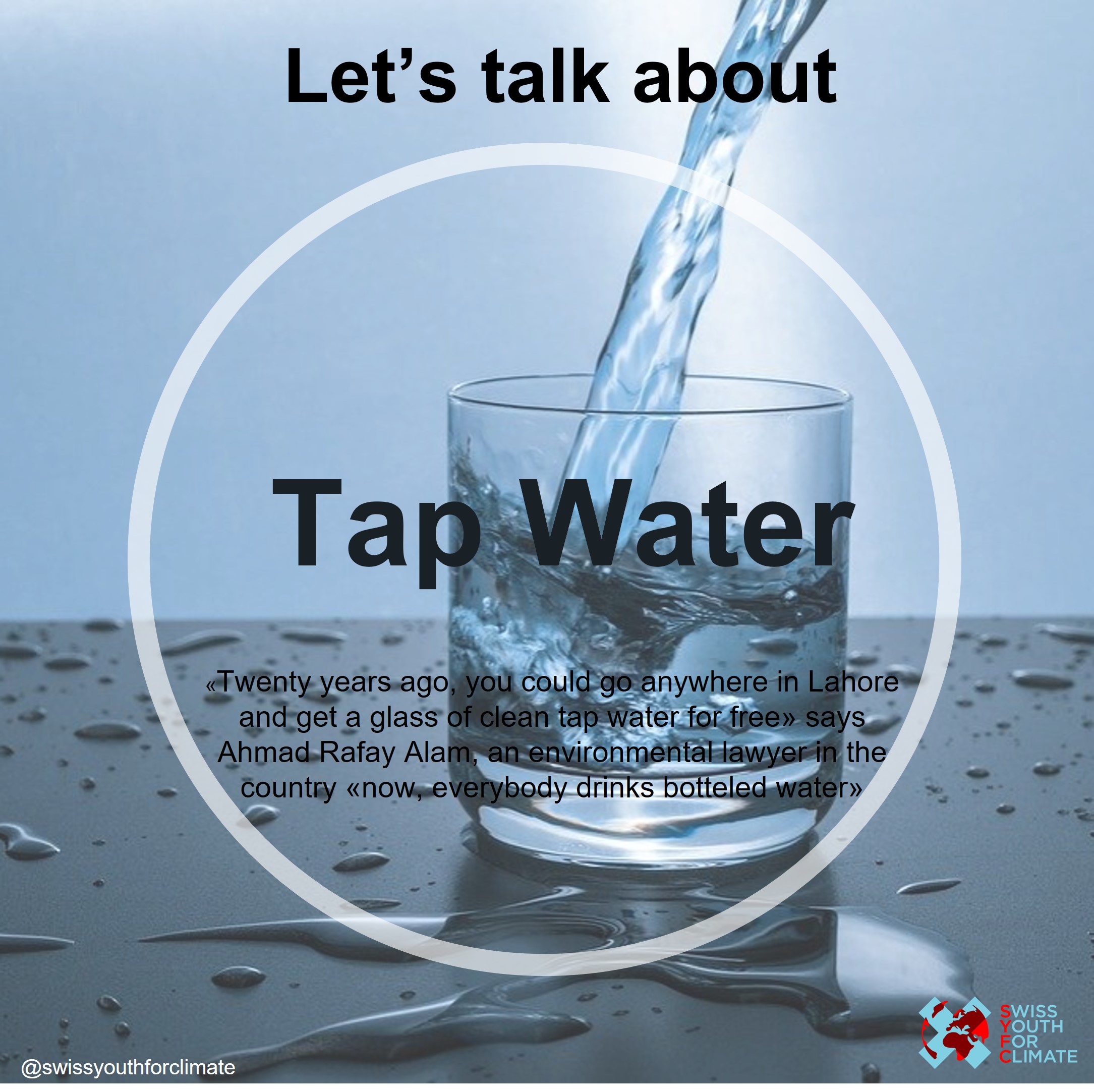 Water is the essence of every life form on Earth. In Switzerland, we enjoy one of the best public water distribution services in the World. However, other countries are faced with a reality where vital water sources are being privatized and monetized, with Swiss Multinational corporations playing an important role.

The privatization of water sources:
Especially in economically depressed areas, cash strained governments unable to construct and maintain critical water distribution infrastructure yield to the promise of jobs and investments and issue water pumping permits to powerful corporations at ridiculous prices – water which is then sold back in plastic bottles to the local population for profit.

Flint, Michigan (US):
In a case that made headlines worldwide, residents of the City of Flint had to rely on bottled water after they were exposed to corrosion and lead contamination as a consequence of the local government switching to sourcing the water from the polluted Flint river to cut costs, while private multinationals are allowed to pump hundreds of millions of liters of unpolluted water from a nearby underground aquifer for as little as 200$ a year.

Wider implications:
Water privatization is a major driver of social inequality, as poorer communities are at greatest risk of seeing the unpolluted water sources, they rely on being privatized, leaving them facing the choice between illness from contaminated water and expensive bottled water.
The bottling of mineral water is also a major cause of the plastic pollution crisis. It is estimated that a million plastic bottles are bought around the world every minute, many of which in countries with a total lack of recycling facilities.
While certain companies filter and treat tap water, others unsustainably bottle the water directly from deep aquifers and natural springs, which can take decades or longer to replenish, affecting natural ecosystems relying on the water.

Controlling the world's remaining freshwater sources:
The demand for freshwater is set to rise, as increased awareness means that drinkers are seeking healthier options, preferring bottled water to soft drinks and to tap water because of quality concerns. At the same time, population growth, climate change and agriculture are increasingly straining the water supplies around the world. Anticipating shortages, powerful multinationals are trying to lock in as much of the world’s remaining unpolluted water sources as possible.